Guzzling 9,000 Years Of History With ‘The Comic Book Story Of Beer’ : The Salt : NPR

Guzzling 9,000 Years Of History With ‘The Comic Book Story Of Beer’ : The Salt : NPR 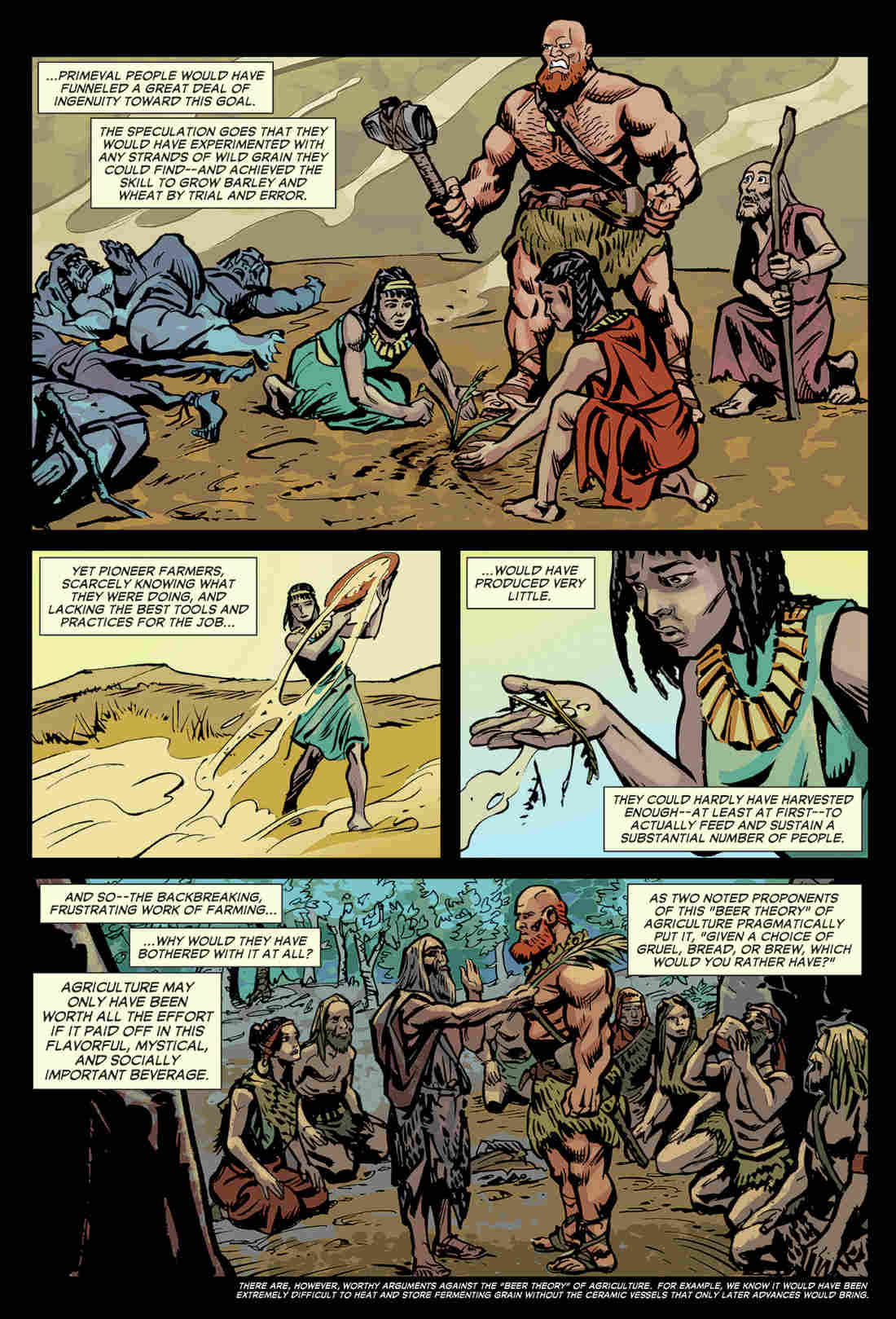 In ancient times, farmers worried about losing precious grain to spoilage during wet winters. So they figured out how to malt grain and brew it into beer, thus preserving a nutritious source of calories. In The Comic Book Story of Beer, due out in September, we get a graphical tour of such pivotal moments — from the cradle of agriculture to the modern-day craft beer heyday.

Illustrator Aaron McConnell, writer Jonathan Hennessey and professional brewer Mike Smith cover a lot of ground in 173 pages. We learn that in ancient Rome, women were the brewers, and their homes became popular hangout spots – the first pub houses, really. The covered beer stein was invented during the Black Death, when piles of bodies on the streets attracted flies and it was necessary to keep swarms of them out of drinks. Lagers were meanwhile born of a 19th-century act of industrial espionage.