Today, I wrote one new scene and spent the rest of the time back filling other scenes with setting details and short descriptions. 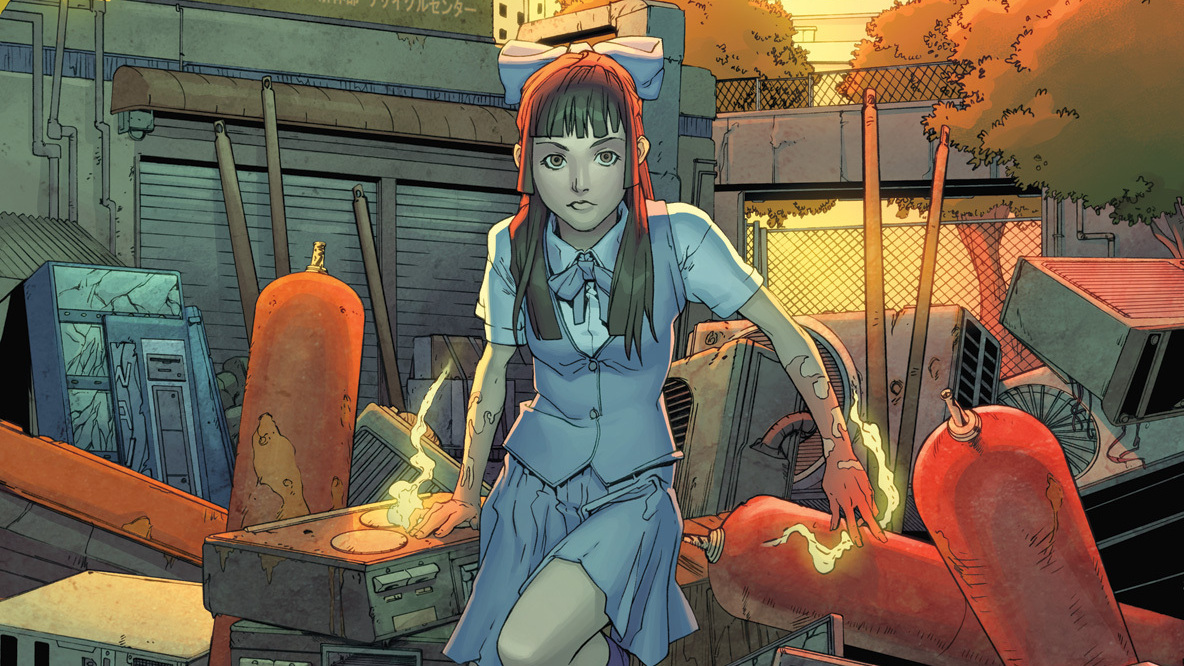 An insightful review of the excellent Wayward by Zub, Cummings, and Bonvillain (best name ever).

Ever heard of a tengu? How about a jorōgumo? You’ll know them after you read Wayward, Image Comics’ action-packed romp featuring Tokyo teenagers fighting the supernatural. It’s been likened to a Japanese version of Buffy the Vampire Slayer, and its emphasis on epically battling the Big Bad (to use the Buffy term) is coupled with a determination to get its monsters right. That’s not surprising considering that the gaijin who created this title have a well-established respect for Japanese culture. Writer Jim Zub is the guy behind the awesome Samurai Jack, and line artist Steve Cummings once took a break from his prolific work in American-style comics to draw an English-language manga, Pantheon High. No wonder they saw fit to bring on Zack Davisson, folklore expert and translator of Shigeru Mizuki’s celebrated Showa series, to write guides to all the supernatural entities the characters face. That’s

BE NOTIFIED ABOUT BOOKS, SIGNINGS, ETC.